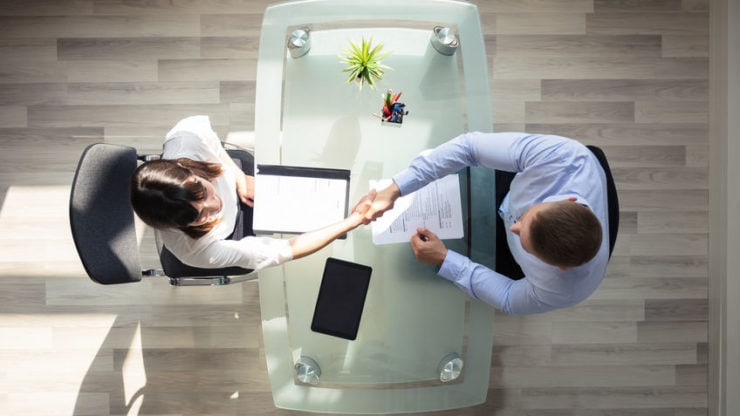 PageGroup (LON: PAGE) share price plunged hard on Tuesday as worries about recruiting companies continued. The stock crashed by more than 5%, making it the worst-performing FTSE 250 constituent. It was trading at 445p, which was about 11.5% below the highest point in December.

PageGroup is one of the biggest recruiting companies in the UK. The company operates its services through several brands, including Michael Page, Page Personnel, and Page Executive. It also has a generalist operation.

The most recent results showed that Pageroup business was doing well even as the labor market weakened. Its gross profit rose to £270.5 million in the third quarter, an increase from the previous £228 million. As a result, it distributed over £100 million in dividends.

The company’s growth was mostly driven by Page Personnel, which provides temporary workers. This division had a 17% year-on-year growth. It was followed by Michael Page.

A key catalyst for PageGroup is its growing business in China, a country that is now reopening after two long years of strict Covid-19 rules. Analysts believe that the region’s recovery will be a catalyst for the company’s growth. Growth in China will be partially offset by the slowdown in the UK. In a statement, the company said that its well-adaptable business will help it do well.

“ Given our highly diversified and adaptable business model, with a cost base that can be adjusted rapidly, we believe we are well-placed to progress towards our vision for the Group to be the leading specialist recruiter in each of the markets in which we operate.”

The daily chart shows that PAGE stock price rose to the important resistance point at 502.5p in December last year. This price was a few points below the 50% Fibonacci Retracement level. It has now pulled back and moved below the 25-day and 50-day moving averages. The stock has formed what looks like a triple-top pattern and moved below the 38.2% retracement point.

Therefore, the shares will likely continue falling as sellers target the key support level at 400p. A bullish breakout will only be confirmed if the shares move above the resistance point at 500p.

Is the S&P 500 In Late Stage Accumulation?

Are the major stock indexes under Accumulation? If so, we Wyckoffians would expect an important...

Last week, I wrote about how the Price Oscillator for gold futures had gotten up to a really high...

The Tragedy of the Monetary Commons

Earlier this month, Argentina and Brazil announced that they would begin working to...

As the week came to an end, the equity markets left behind a very eventful week. Two important...

Growth Stocks Roar Into The New Year. This FAANMG Stock Is Poised To Go Higher

The Nasdaq just booked its fifth consecutive weekly gain, which is the longest winning streak in...