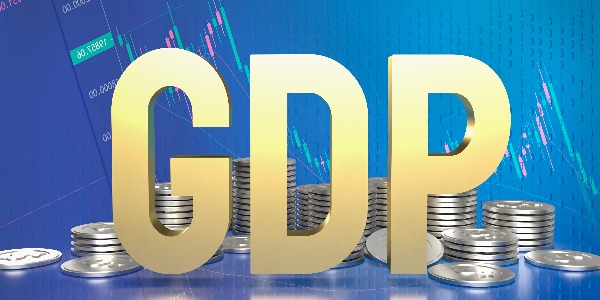 Gross Domestic Product (GDP) statistics are an important pointer for businesses and investors looking at the prospects of global expansion. In addition, it is also an important pointer for economists and traders, especially those looking for how to invest their money online, since it serves as a comprehensive measure of economic health, which matters a lot for the prices of financial assets.

Markets are known to track GDP reports not as a leading economic indicator but rather to get a rear-view of the economy. To that end, Invezz has compiled a comprehensive GDP statistics report to give investors a feel of how the GDP of various economies around the world has changed to date.

2. Guyana has seen the largest positive change in the Real GDP growth of 57.8%

According to data provided by the IMF, Guyana’s Real GDP growth in 2022 is 57.8%, making it the country with the highest positive change in Real GDP.

3. The annual percentage change of the Real GDP growth in Russia is -3.4%

According to data on the International Monetary Fund (IMF) website, amid tough economic sanctions imposed by the west on Russia since it invaded Ukraine, the Real GDP growth rate in Russia in 2022 is about -3.4%.

Going by the numbers provided by the IMF, Ukraine has seen the lowest Real GDP growth in 2022 majorly due to the ongoing invasion and bombardment by Russia since February.

6. On average the annual change in Real GDP in Eastern Europe was -1.5%

Eastern Europe has seen the lowest growth in 2022 having been preoccupied with the ongoing invasion in Ukraine. According to data from the IMF, the average annual change in Real GDP in 2022 in Eastern Europe is -1.5.

In a year where we have seen huge inflation rates, the African region saw an average annual percentage change of 3.7% in its Real GDP.

8. The United States GDP stands at about $23 trillion

According to data from the World Bank, the GDP of the United States is $23 trillion. This makes the US the best-ranked country by GDP.

According to data provided on a press release by the BEA website titled ‘Gross Domestic Product (Third Estimate), GDP by Industry, and Corporate Profits (Revised), Third Quarter 2022,’ the real gross domestic product (GDP) increased at an annual rate of 3.2% in the third quarter of 2022.

According to the data from the US government, in the second quarter, the Real GDP decreased by 0.6%.

According to data provided by the US government, the “Current dollar GDP increased 7.7 percent at an annual rate, or $475.5 billion, in the third quarter to a level of $25.72 trillion […], an upward revision of $25.0 billion from the previous estimate.”

The price index for gross domestic purchases went up by 4.8% in Q3, 2022, an upward revision of 0.1% point from the previous estimate.

According to ‘GDP monthly estimate, UK: October 2022’ published by the Office for National Statistics, the UK’s monthly real gross domestic product (GDP) is estimated to have grown by 0.5% in October 2022, following a fall of 0.6% in September 2022.

Although the GDP was recorded as having risen in October, it had fallen 0.3% in the three months to October 2022.

According to data provided by the Office for National Statistics, the GDP estimates in CVM  growth rate between Q2 and Q3 was -0.3%.

According to data provided by the Office for National Statistics, the GDP estimates in chained volume measures and at current market prices growth rate between Q2 and Q3 was 1.6%.

According to data from the IMF, the average annual change in the GDP growth in Europe in 2022 was 1.9%.

20. The annual percentage change of GDP in Eastern Europe was -1.5%

The average annual change in the GDP growth in Eastern Europe in 2022 was -1.5%, which can be hugely attributed to the ongoing invasion of Ukraine by Russia.

With an annual GDP growth rate of -35%, Ukraine ranks as the country with the lowest growth rate in Europe. This is due to the burden that the invasion by Russia has caused on the country’s economy.

22. Ireland and Georgia have the highest GDP growth rate in Europe

According to the data from the IMF, Ireland and Georgia registered a GDP growth rate of 9% making them the countries with the highest GDP growth rate.

According to data from the World Bank, the current GDP in European Union was $17.18 trillion (€16.11 trillion).

24. The annual percentage change of GDP in Asia and the Pacific was 4%

25. China has the highest GDP in Asia

According to World Bank national accounts data, and OECD National Accounts data files, China has a current GDP of $17.73 trillion (¥122.31 trillion Chinese Yuan), making it the largest country in Asia by GDP.

26. Japan has the second-highest GDP in Asia

According to data from the World Bank, Japan has a current GDP of $4.94 trillion (¥646.93 trillion Japanese Yen), making it the second-largest country in Asia by GDP.

India comes in third among the countries with the highest GDP in Asia with a current GDP of $3.18 trillion (262.86 trillion Indian rupees).

We hope the above GDP statistics help you in determining the economic health, productivity, and growth in various countries around the world.

Nevertheless, although the above statistics show that most countries made a positive GDP change, a strong GDP growth rate does not necessarily lead to a positive outcome on all fronts of the financial market. On the contrary, it often hurts inflation rates as depicted in our earlier inflation rate statistics.